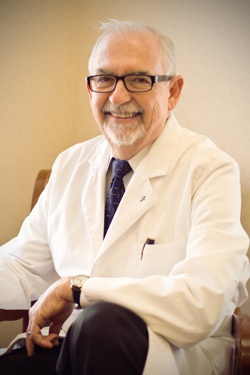 Dr. Jones is a Board Certified Ophthalmologist and has practiced general ophthalmology in Macon for over 30 years. Dr. Jones is also a United States Air Force veteran who served four years as a flight surgeon in Charleston, South Carolina and overseas in Guam.

Dr. Jones completed his undergraduate education at the University of Florida and earned his medical degree from Meharry Medical College in Nashville. He completed an internship in Internal Medicine at the Baptist Hospitals in Birmingham, Alabama and later finished a residency in Ophthalmology at the Eye Foundation Hospital in Birmingham.

He and his wife Jenny have five children and seven grandchildren. Dr. Jones enjoys spending time with his family and attending church. Dr. Jones is an instrument-rated pilot and flies his airplane in his free time. Dr. Jones is also a lifelong musician who loves playing and composing music.